HTK B-EYE-1915 is a superbright version of LED Wash Beam moving head light, using 19x 15 Watt RGBW 4in1 LEDs and combining it with a very efficient zoom optical system ranging from tight 4° Beam to wide 60° Wash, making this item the most powerful LED fixture on the market.

Each LED can be controlled independently, therefore, with more fixture linked with each other, they can be formed to be a larger mapping system, each LED is an individual pixel,dynamic video effects are easily achieved by controlling via an external DMX desk or media servers via sACN with internal HTP merging, DMX or by Kling-Net protocol.

Designed with a bi-directionally rotational front lens, and seperate LED optical lens, HTK B-EYE-1915 is able to project wide wash to narrow beam effect, the nighteen LEDs could show beam effect light like patals. The 19 pcs RGBW 15 watt LEDs are good for mixing any kind of colors, which are super bright has a highly saturated colors. When it zooms to 60 degree, it projects wide washing effect, this is suitable for installing the fixture in a lower ceiling, such as a small stage, theater, or TV studios. When it is zoomed to 4 degree, the super sharpy beams are able to project to a much longer distance, very suitable for installations like outdoor production site, or a shows in arenas. All these add a new visual effect to the show. 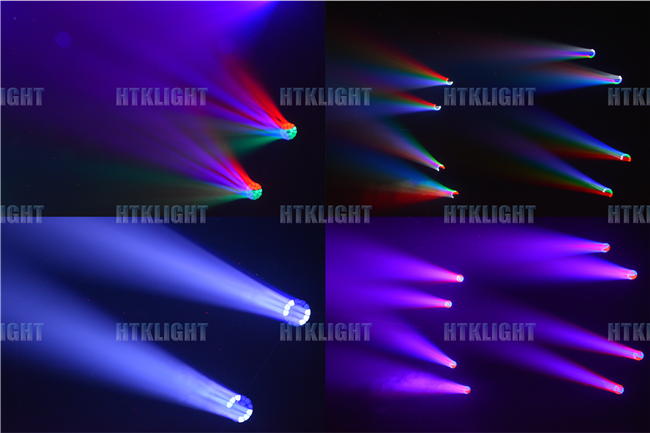 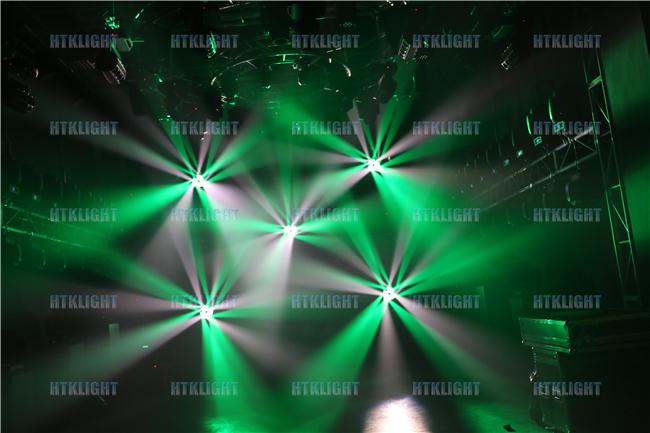 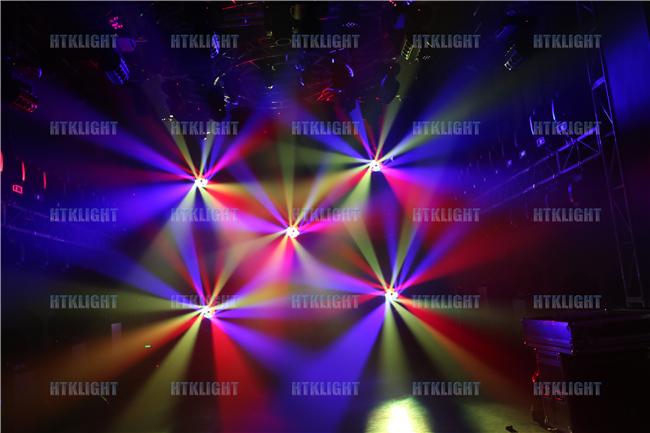