Designed as a beam spider moving head, HTK-BILLOW1625 is powered by 16x25W RGBW 4in1 LEDs, with a minimun LED lifespan of 50000 hours. With customed optical lens, the fixture shoot very sharpy beams. The head (Pan)and the arm(tilt) is designed with 360 degree infinite ratation. With this special head design, the effect is amazing.

Each LED can be controlled independently, various color effect can be chose for a single LED. The DMX channel of max 82 channels enables a user to creat wonderful effect. This fixture is indeed a stunning led beam and effect light. 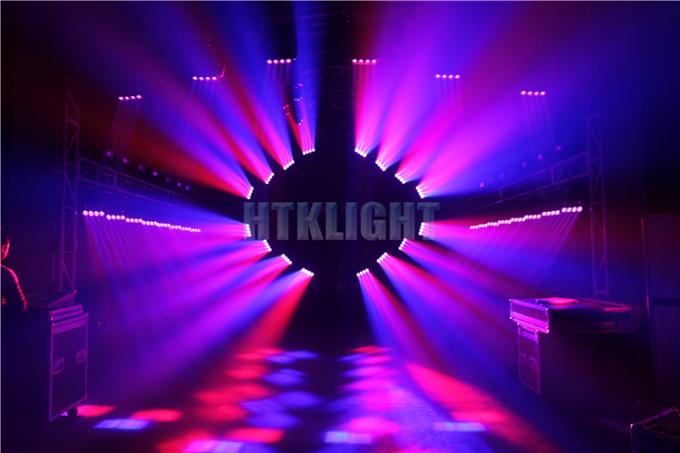